On my way back, i stopped went to a Traffic cop, took the emission certificate, and told him what happened, HE just told me to Chill (or maybe he thinks this bike which rips around town @ at least twice the speed limit and and slows down to LEGAL speeds before i can press LOCK on my RADAR, HAS to be well tuned)

thats a very old story, i was caught over speeding long back with a friend twice my size, i had slowed down to 59kmph before he locked me on, . . . . . . . though he was impressed with my ability to handle a 150cc bike with my former SMALL build I am not that much of a rash driver, but definitely a SPEED FREAK.

Well i did go to another station, got another test done. . .

But i miss the times when my bike would just refuse to throw up a reading of "CO" a few years back . . . . . . a reading of 0.06 or 0.1 was would momentarily show. . . . The testing guys had to wait to hit print, he he he
I'd walk out with a big smile
My machine does look a little rusty, but still makes 3 digit numbers on d speedo even now..

i've graduated on to a Tata Indigo now . . . . a Wonderful InterCooled TurboCharged diesel,
but nothing compares to my Silent performer, my Shiny Silver CBZ :)
PS: i even called up a Employee of the "Times of India", never got a call back, Guess they r more interested in those stupid crappy stuff they print 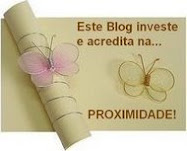